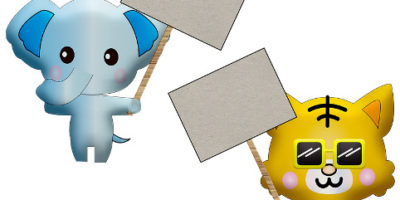 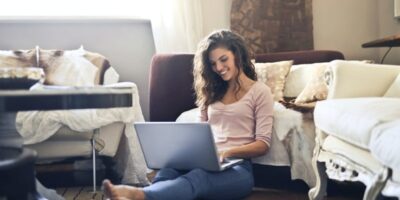 You will surprise to know about the term or word, the Nishi Dak and today I will share with you STORY ABOUT THE theory called Nishi Dak.

The word Nishi, means, the Night Spirit, and as per believes and some theory of West Bengal say that the Nishi Dak Seduce or lures its victim and carry them in a secluded area by calling their names in the midnight.

The Nishi Dak or Nishis often call other people or victim by the voice of a known person, which often make people confused and they follow the Nishi Dak, where the Night Ghosts or Spirits ultimately kill the victim.

This one is touted as the Bengali age old superstition which is also said that the Sleepwalking phenomenon is also caused by Nishi.

As per the Bengali folktales, the Nishi cannot call out more than twice, so it is suggested that people should not give reply t a voice at night until being called at least for the thrice and Nishi Dak is all about that.

Today I will share a short story about Nishi Dak which I penned for all of you guys and I think you will like it. I invest my brain and effort to write the same.

It was summer vacation and I visited my maternal grandfather’s house in Siliguri, a small city of West Bengal.

Still, I can remember, in that time I used to read in STD 7th and I was very please and happy to visit Siliguri. What a beautiful city is it!!! So when I visited in the maternal uncle’s hose in Siliguri, still, I can remember, I hear there something about Nishi Dak, though I was not aware of what Nishi Dak is all about?

I thought this is an age old thinking or something like superstition as all peoples from the house where old people and typical Bengali people believes in the concept called Nishi Dak which I disapprove the theory and the concept.

But one fateful night in the city Siliguri, something happened which asked my mind to think twice about the concept called Nishi Dak. So it was a night of the summer vacation holiday when after we all did dinner, we started doing preparation for the sleeping.

Due to it was too hot so I sleep with my 2 cousin sister in the Veranda of the house, we need to mention it was a very old house and was very massive.

Is Nishi Dak is reality or Superstition ?

The call was like the way it is: Eyii Munu, Munu!!!! Eyii Munu…… Munu…… and I was very confused to hear this voice as voice was very known and somehow it was like someone dear and near of me is calling me!!!!

I was totally, confused and for a while I was thought about Nishi Dak about which some elder people of the house were seen discussing. Though I did not have much knowledge about Nishi Dak and I hear my name and its call for the twice which gives me some spine chill thrilling feelings which still I can remember.

Now I was wondering who is calling me and I was really busy wondering the same. Though, I was forgetting about Nishi Dak or even think about the same.

I thought someone known person is calling me and I get up and wake up from the sleep and my bed and I started following and chasing the call. However, I was confused but still I tried to chases the voice call and started following the same by which I reached to the garden area of our house.

In the garden area of the house there was a pond which is quite common in the houses of West Bengal and by following the voice I was almost reached to the near pond.   Near the pond now I reached and I was about to put my feet in the pond.

Let me tell you, I did not knew swimming and I was near the pond, but in that time, I forget the same and I was only following the voice call to realized that I reached to the garden area and near the pond.

Also Read: It Was To Late For Sam To Realized Christiana And Her True Love

Nishi Dak: Fascinating and quite common story of West Bengal

Still, I can remember something occurred to me which made me confused and somehow hypnotized that I reached near the pond. And I was constantly heard my name and someone is calling my name.

What is this Nishi Dak

If I have been put my legs in the water then probably I would have been sink and die as I don’t know swimming but somehow I got my conscious and I managed to save myself.

When next day I discuss the same with my family, my maternal grandmother said perhaps that was Nishi Dak!!! I was like, I wonder Nishi Dak?

Yes, she said like the way somebody was calling your name it was simply the Nishi Dak. In that time, after hearing the incident, they were saying that luckily I got saved as with the voice of Nishi Dak nobody gets saved generally.

In that time, I realized the theory called Nishi Dak and I also trust and believed the same.