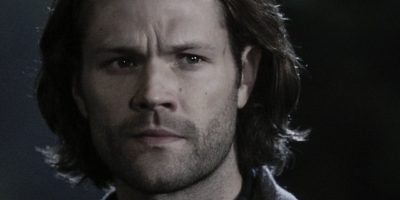 Well, the very approaching horror movie, Annabelle Comes Home, hit theaters a few days ago, and we already love the movie. And at the time, when we are already, enjoying the new spooky and horror niche film, of the Hollywood, Annabelle Comes Home, theatrical teaser, and trailer, of the another much awaited and most looking forward movie is out, which is also well received and liked by the fans and the audiences’.

It is the theatrical teaser trailer of the upcoming Hollywood movie, Midway, is out, which is, in the one hand, liked by the fans, on the other hand, fans and audiences’, are also appreciated the same.

No wonder, why theatrical trailer and teaser of the next American movie, Midway, is going viral on the social site and on the internet and also started trending on the micro-blogging site.

When our freedom was under attack, one battle would turn the tide. Watch the new teaser trailer for #MidwayMovie now. In theaters on November 8. pic.twitter.com/NE8Fsz4PZi

One battle that turned the tide of the war. Check out the first poster for @MidwayMovie, in theaters on November 8. #MidwayMovie pic.twitter.com/Avi4Tdz2hQ

8 months ago I was working on an enormous & impressive reconstruction of the USS Enterprise, recreating its pivotal role in the Battle of Midway. She was the most decorated U.S. ship of World War II. Thanks for inviting me aboard, @rolandemmerich. In theaters 11/8. @MidwayMovie pic.twitter.com/rC059r5uPN

The upcoming movie, Midway, is regarded and touted as an American war genre movie, which is surely going to gives you some goosebumps, or you can say, the floating butterfly on the stomach.

It is, the direction of the next American movie, Midway, is done by the very famous and the popular filmmaker, of the Hollywood, Roland Emmerich, and the script is penned by the movie scriptwriter, by Wes Tooke.

The movie, #Midway, is all set to hit theaters on this 8th, November 2019, and as of now, promotion of the movie is going on the full swing, and, it shall be fine to say, makers are leaving no stone, unturned in the process of promoting the movie, #Midway.