An Exclusive Interview with The Author Sandeep Kumar Mishra 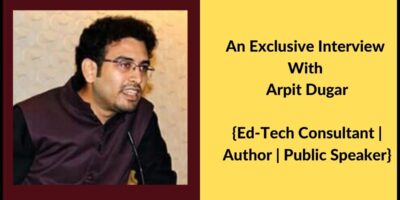 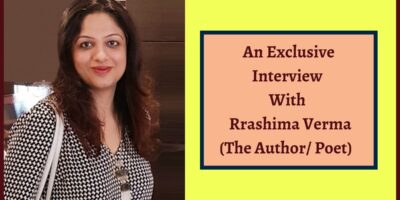 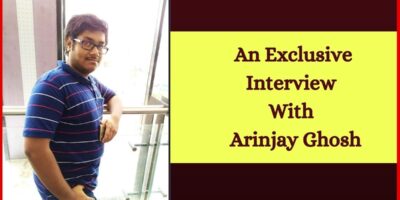 “I Believe Anyone Can Be A Good Author If He or She Can Build A Plot Well And Explain It To Others,” — Arinjay Ghosh

Interviewing the young author Sandeep Mishra was amazing in itself. The writer was very candid in this interview and revealed several interesting things relating to writing and his professional world.

Considering the amount of zeal and earnestness in Sandeep Mishra, there is no doubt, he is a great writer in the making. His latest novel Shades of Revenge is out now. Grab it now on Amazon

In this exclusive interview with The CheckerNews, Sandeep Mishra disclosed his literary journey and also about his future plans and projects.

Here are the excerpts:

Briefly Describe your literary journey until now. Have you accomplished what you wanted or still a mile to go?

My literary journey started much later, though I had written my first novel when I was in 12th itself, but that work was not suitable enough in quality to publish. Also, I took the passion of writing only as a hobby; the thought of publishing my work hit very late.

It was a dream to become a published writer, but in terms of accomplishment, I still have a long way to go. I want to write on varieties of genre and publish some work that is out of the usual genre something which forces me to broaden my imagination.

You have a rich experience in writing. Tell me some tips about the “art of writing in English”.

To quote Stephen King here- You gotta do two things a lot—Read and Write. I try to read at least one book in a week or two.

There are no straight from the pocket tips to be precise. Everyone is a different writer, for example, I feel compatible when I am writing confessional poetry. My genre is thriller and it developed after a lot of time. You must be open to reading as much as you can. And the art of writing is different for everyone. Start hitting your laptop keys and new ideas will surely hit you soon.

Which writer or writers you admire the most and why?

There are so many good writers out there. I need 100 lives to answer that question perfectly, but as much as I have read, there are few who have brought a tremendous change in my perception and have inspired me to write better. Gregory David Roberts, author of SHANTARAM is one of them. His style of writing is impeccable. Also, I am a big fan of HURAKAMI, his imaginations are so solid and the way he describes, it hits you, forcing you to widen your perception. Also, Arvind Adiga, Hemingway, Robert Frost, just to name a few of my favourites.

What prompted you to embrace writing?Was it your childhood hobby?

I don’t really know when I actually embraced this idea of writing. After reading- JOHN GRISHAM for the first time, I realized the power WRITING gives. I was so badly influenced by it. And during college, I started embracing the idea of becoming an AUTHOR. I have even kept a CARD in my pocket for almost a decade now which reads- ‘INDIA’S MOST LOVED WRITER’. That’s my dream. And one day, I hope to become one.

Now, most of the authors prefer writing in English for wider audience. Do you think it is gradually hurting India’s rich legacy of other vernacular languages?

India is such a diversified country with such humungous population. If there is a book that has been written, and if it’s good, it will surely find its reader.

Coming back to the question, yes, somewhere it is true. But you can’t change the flow. This was about to happen with English language was made almost mandatory in most parts of the country. But at the end, the quality of the book is what attracts the readers. Language is just a medium.

Well, we actually have a few who have already won.  Arundhati Roy, Arvind Adiga, JumpaLahiri are some of the examples who have made it big in terms of awards, but if we see the amount of writers that INDIA produces and the numbers of awards, then it’s comparatively on a lower side.

And I feel INDIA is a country which is still finding a larger audience for the fiction/non-fiction books. Also, I have read many foreign authors. What they write is really good. We are no less of course, but if we are not winning, it simply means, we need to work harder and hope for the best.

Is a career in creative writing a precarious one? How can one cope up with the strict deadlines and uncertainty of income?

Honestly, unless you are not EARNING much, WRITING as a full-time career is surely a dilemma for all of us. Only 1-2% of Indian books actually sell more than 250 copies per year. Under such circumstances, it’s surely a risk. We writers don’t actually have a problem with dead-lines. If we are in the mood and flow, it’s not that hard. The tough part is handling all the background noises and still remaining focused.

What is the philosophy of your life? How you handle success and failure.

I just know how to embrace happiness and even sadness. And I am equally excited for both. And the best quality that I feel I possess is the ability to repair and motivate myself.  I am satisfied with myself. Just work hard and do what makes you happy. Rest, everything will follow itself.

Who are your role models? Have they influenced your personality and professional life directly or indirectly?

Well, a lot of people have actually helped me in becoming what I am today. Mentors, Guides, Teachers and friends are the crux of all the motivation I get to work harder for my dream.

I see my father and mother as my role model. If I could even be a little like them, I would be the happiest.

Do you ever feel insecure because of so many creative writers around us, and the competition is getting tougher day by day?

I don’t feel insecure at all. As far as we have more writers for this world, this world will only get better. And competition is everywhere. It actually pushes you to work harder and broaden your knowledge. And we writers are actually very generous in terms of helping and promoting each other, maybe, cause we know the amount of sweat and blood that goes in writing a book.

Traditional or self publishing? Which one you prefer and why?

Both have their own perks. Traditional for sure, if you make it, and you are in no hurry. I believe in the philosophy that MONEY SHOULD ALWAYS FLOW TOWARDS THE AUTHOR. ‘SHADES OF REVENGE’ was published traditionally, but its lot of waiting and work. But if you believe in the quality of your work, you should be equally prepared to have patience.

Finally, what would be your word of advice to the aspiring writers.

We all start from the scratch. So, don’t be afraid to write and neither to publish. Believe in your strength and work over your weakness. And enjoy the process of writing. It’s not WORK, it’s the box of HAPPINESS.

Team CheckerNews wishing the young author SANDEEP MISHRA all the best for his new book “Shades of Revenge” as well as for his upcoming future endeavors.

“I Believe Anyone Can Be A Good Author If He or She Can Build A Plot Well And Explain It To Others,” — Arinjay Ghosh