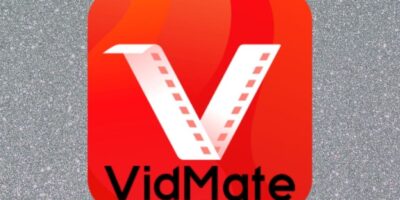 VidMate App Review – 2022 | Everything You Need to Know About This Superfast Video Downloader | Features, Pros & Cons 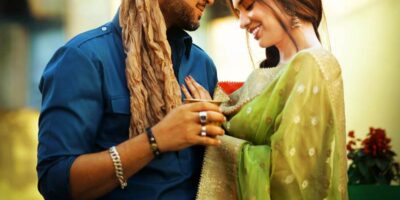 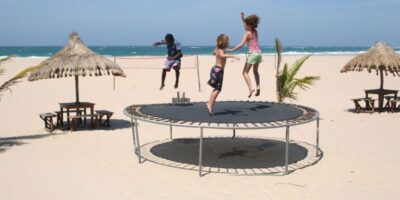 Things to Know Before Buying A Trampoline For Your Home

Over the centuries, no scripture of the world ever received so much focus and reviews as the Bhagwat Gita commonly held as the elixir of life in its real perspective.

It is one of the books that have been read very widely yet it also is life’s compendium that is most misunderstood as people fail to understand the actual meaning between the lines.

It is here where the success of Haribakth and Vaishnavi as narrators of the central point or crux of Gita Rahasya—mystery– of conversation of Partha, the Arjuna and Partha Sarathi, the charioteer Krishna reflects most brilliantly.

Gita’s theme is unique that just cannot be compared with any ancient treatise because the conversation between Partha and Partha Sarathi takes place in the backdrop of the Kurukshetra War: a war of Nyaya (justice) and Annyaya (injustice).

Lord Krishna gives practical lessons to Arjuna while charioting on the battlefield to tell Partha that one must fight against injustice and work ceaselessly without pining for the fruition of his labour to achieve the target walking on the patch of Nyaya.

In simple words, Bhagavad Gita is all about action philosophy in which Karma is the pivot around which the entire human life revolves around. Haribaktha explained the Karma Yoga of Gita in the most flexible language to allow all to understand Rahasya of Gita.

Their powerful explanations made it clear that Gita is more of a treatise on philosophy rather than a scripture of Hindu Dharma. Thus, Gita is for all humanity as a whole irrespective of caste, creed, community and religions. Hence, Gita, figuring just in the middle of Epic Mahabharata, is universal, eternal.

Though over 4000 commentaries have so far been made on Gita, the broad review done on it in the pages of Aksara Bhagavad Gita by Haribakth and Vaishnavi is a marked departure from others in a sense that it hit the bull’s eye in a sense as it construed the exact meaning of the book.

Here, the authors acted just like archer Arjuna who pierced the eye of the fish with his arrow: meeting the target with total exactitude. Instead of using semantics, the authors used realistic approaches to demystify the most difficult book in the world. Haribakth and Vaishnavi did not use clichés or bring the intricacies of different philosophical schools of thought as Dwaita, Adwaita, Visishta Dwaita or Dwaita Advaita.

The authors, in fact, added a new precious book on the Hindu view of life interpreting the supreme importance of Karma Yoga in it, as explained by Lord Krishna to Arjuna before the Kurukshetra War which Partha Sarathi dubbed as Dharma Kshetra.

Krishna says war against Adharma or Annya is justified. Hence, the war field of Kurukshetra is a Dharma Shetra: the battleground of the fight between injustice and justice in which justice must prevail.

As a charioteer on the battlefield, Lord Krishna conveyed the meaning that life for all indeed is a battlefield facing difficult problems but one must steer clear of all these hurdles walking on the path of truth to succeed at the end of this difficult journey.

Aksara Bhagavad Gita, in the days to come, would prove to be a treatise by itself to put an end to the strife-torn world. To simplify this, Haribakth and Vaishnavi used the immortality and supreme value of Vasudaivam Kutumbam: universal fraternity.

To explain this concept of the Sanatan Dharma or Hinduism, the authors took the resort to a thought-provoking story told in a non-narrative dialogue/debate form which is the beauty of the book as it simplifies the complex aspects of human life.

Synopsis of An Unorthodox Story

The story woven by Haribakth and Vaishnavi to explain the human life in a broader perspective in Aksara Bhagavad Gita has a student pursuing her Masters in Law from Sri Venkateshwara Vedic University named Haripriya and her explanation of Gita Rahasya to another student Christina, also a student in the Florida University.

Christina, a student of interreligious studies, visited Sri Venkateshwara Vedic University under an exchange program of Florida University. Haripriya and Christina, both part of a “Gita study Group”, engages in arguments as to the version of Gita is best divulging the truth in its real perspective.

Both the girls indulge in arguments and counter-arguments to put forth their views but the whole controversy continues as they could not conclude. Subsequently, a mock court is convened to decide matters.

Here, on reviewing the book, we find Haribakth and Vaishnavi used that mock court scene as a literary tool to simplify the contextual aspects of Bhagvad Gita unfolding interesting debates that provoke our thoughts.

Haripriya leads the debate in the exploration of the truth but Christina also is quite knowledgeable on Gita and poses the following questions to Haripriya:

These questions storm our brain as they are extremely relevant and continuing since the time immortal to make scholars argue over the ages.

The authors used Haripriya as the rebel truth seeker and Christina, the passive supporter. The whole issue takes a very intellectual twist in the book when we find that their opponents are a bunch of conservative orthodox group styled ’Dharma Rakshak’ headed by Sudipta, aka Tatwa Gyani.

The genial professor, a retired Judge, who acts as a referee judge, sees all his established and ingrained views fall apart in face of mounting logic and rationale put forth by Haripriya.

The character of Judge is used by Haribakth and Vaishnavi in the book to prove that often human being faces conflicts of mind when their beliefs are torn apart due to their apparent misunderstanding of the real meaning of scriptures.

The same thing happened to the Judge who is caught in a conflict between his entrenched beliefs and the logic adduced by these upstarts coupled with his impartial nature. The process of delivering a verdict causes trauma with the professor caught between his ingrained beliefs and impartiality in his duties.

His expanded consciousness realizes the infinite nature of the subject matter of judgment, he doubts if his judgment can match the ingenuity of his students in grasping the magnanimity of the subject.

He uses his judicial insights of referring the matter to a larger bench by referring it to a jury. Not content with sourcing the matter to the Jury, he enhances the scope of the jury and its membership to include all of the readers so that the judgment can come as close to infinity as humanly possible.

The debate sees an evolution of and enunciating of new principles and it’s substantiation. This forms the essence of the book, which is presented by Christina as her thesis.

It satisfies the urge of humankind to seek rational and logical explanations rather than blind acceptance of what is stated by authorities/so-called authorities of any religion/philosophy/ideology.

Aksara Bhagavad Gita opens up a new vista of understanding Gita besides widening our mental horizon. It is a must-read for all irrespective of narrow boundaries of caste, creed, community and religion.

VidMate App Review – 2022 | Everything You Need to Know About This Superfast Video Downloader | Features, Pros & Cons

Things to Know Before Buying A Trampoline For Your Home